Greetings from the ethereal universe and welcome to Spaceman's Transmissions. It's known that I spend a bit of my listening time on Mixcloud, and it's extremely gratifying when I get positive feedback. I often try to return favor, but checking out all sorts of mixes (as much as my ear and brain will allow), and hearing positive comments from those that create magic is the highest form of praise. I save what I can in a my NEW STUFF TO REVIEW folder and pay if a visit first and foremost. Needless to say, it's very overwhelming and ambitious. 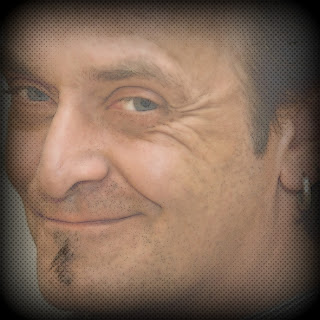 I had gotten the opportunity to come across a mix entitled THE JOURNEY OF A PAPER BOAT from listener MICHAEL GAIDA and was completely floored by the sonic offerings. I took it in as an early morning session to get my head right, and it pretty much did the trick (very well). I asked Michael if I could host this on Spaceman's Transmission (so that everyone could take in the vibe) and he was happy to oblige. Michael has built up such a deep, subtle mix that will take you in and give you a soothing mental de-fragmentation. His balance of  colorful melodic drone and harmonic soundscapes is perfect. This is easily one mix that will put you 1 1/2 hours into the future with a clear mental tapestry. I find Michael's music choices and sessions to be very, very inspirational. I asked Michael to shed some light on himself, and while humble about it all, he provided some great insight to his mastery of the sublime.

Michael Gaida was born in 1966 ("....yes, i broke the "wall of 40"...") in Dusseldorf, Germany. His initial love for electronic music cam in the late 90's beginning with Liquid Drum & Bass artists such as LTJ Bukem & MC Conrad, Tayla, Blu Mar Ten, PFM, as well as other artists from the Good Looking Records Family. This turned him onto his future fav's Dave Seaman and Nick Warren at Global Underground.

Through online radio stations, he gained exposure to music from D-Phrag with his "Immersed" show and his series "Exfinity", as well as the show "Mindscapes" from Deep Z at Pure.FM. From this point  on progressive house became his music.

2009 was the year that gave birth to Michael's first mixes, and from December 2009 he start to host the show "Mindscapes" with his big friend Deep Z on Pure.FM. Michael also hosted the Liquid Drum & Bass Series 'Urban Sound'. After 5 years hosting the show, he put the brakes on his current musical direction as he had developed a deep love for ambient music.

Michael has made some really amazing sessions, and has crossed over into the cinematic world of deep soundscapes very confident and aware. His mixes warrant many more listens, and I'm so very thankful that he has given me 3 of his mixes to host. So, I present to you, 'THE JOURNEY OF A PAPER BOAT', 'BY THE RIVER', and 'OPEN RANGE' for your streaming/downloading pleasure. I had a bit to go through to decide the best. It was not easy, but I narrowed it down to favorites (even titles and art had to play into it as the sessions are all just very alive). Be sure to visit Michael at his MIXCLOUD profile to catch his future creations of sonic mastery.

A super epic 'thank you' to Michael for allowing me to share his vision and sessions the best way that I can. Not only for the amazing mixes, but for his great communication and his spirit. His work is inspiring, peaceful, and his work ethic is nearly unparalleled.